In this second episode, Djinn, Logan, DUSK, and Shax from KTA got together to spend an hour talking about the DOFUS Retro Temporis! Let’s sum up a few important points for this Temporis and talk about the return of a legendary tournament! 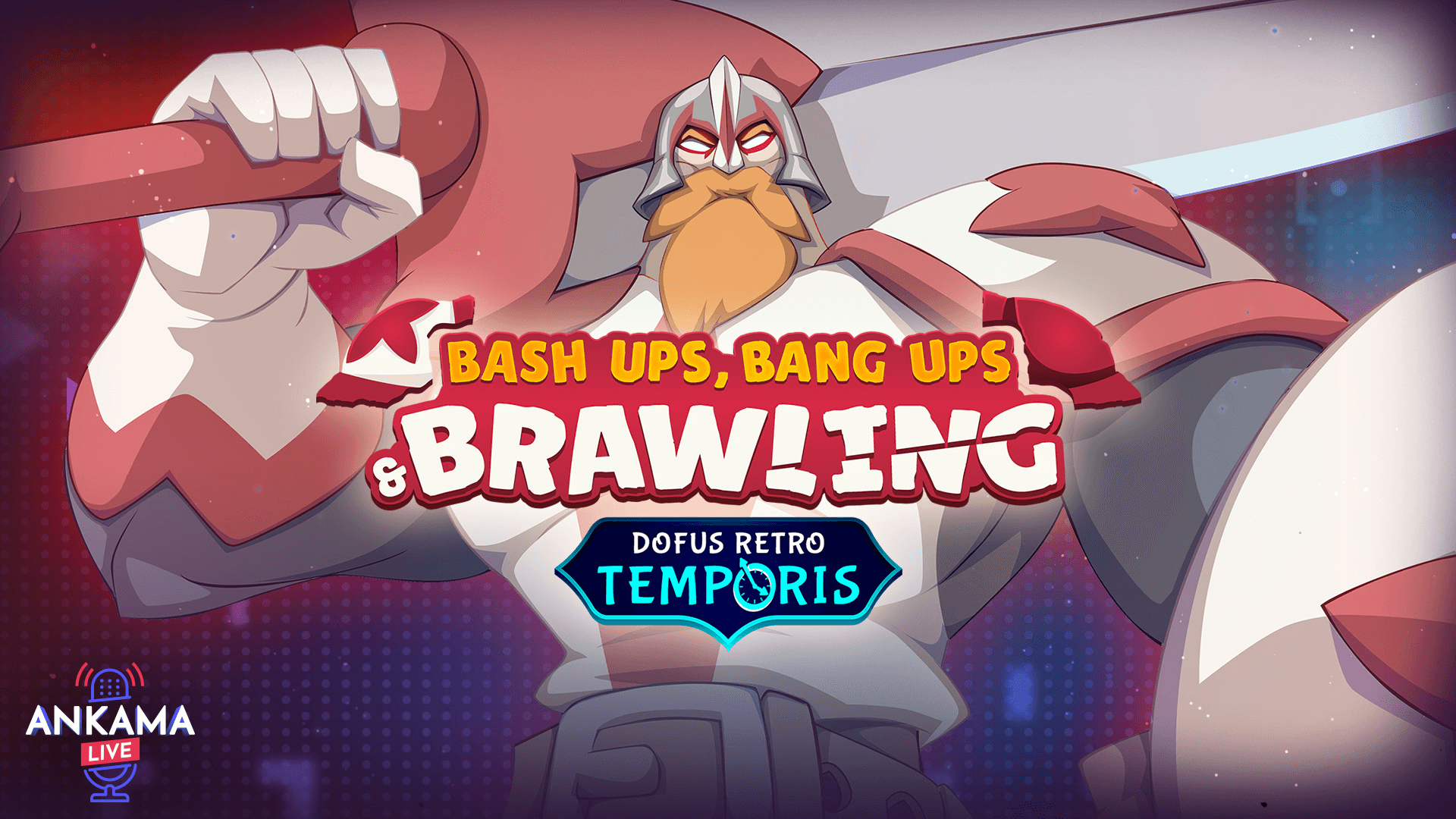 First, here are some stats showing your progress in Temporis:

To help the Kwoan server, the decision has been made to unlock some of the exotic challenges until the server merger because the small population size there makes it too difficult for players to get relics.

The population on the servers has dropped naturally (like it does with every Temporis), and the goal of the server merger is to keep population sizes correct on the remaining servers.

This Wednesday, March 2, during the maintenance (which will therefore last longer than usual), we will merge all the current servers into a single server – Kido! In addition to having one fully populated server, it will also be easier for us to put on in-game events after the merger.

When it comes to unlocking relics, when we add up all the currently unlocked relics, all the exotic challenges will be available on Kido.

Regarding the changes to the Viviparous challenge, our goal wasn’t to make the challenge easier per say, like many players thought. The Vulbis Dofus is prestigious – we don’t want to just give it away. The issue was that there was one dominant strategy (using 3 Cras) that made it easier to successfully complete the challenge. The decision was therefore made to modify the challenge so that more combinations of classes and strategies could succeed in the challenge without changing the rarity.

With a wider range of viable strategies, the percentage of victories has since increased and has even exceeded that of other challenges.

In Temporis, there are always classes that have an advantage and that’s normal. Temporis servers are temporary and only last a limited time; and we do not have the time to test all possible combinations for all challenges and situations. We know that it is not 100% perfectly balanced, but that’s not the most important thing. Our goal is for you to have fun and have a good time on these servers.

Several things were said about the XP potions that will be distributed at the end of this Temporis. Some were things we are still thinking about but that were presented as final decisions; others were not clear. For that we’re sorry. We clarified our position on the subject in the forums to go over these aspects. When we share information in the livestreams, we share the information we have at that very instant, even though the information is sometimes still in the “thinking about it” phase. It is important to us that you react and share your opinions because your doing so can help us think things through more fully.

When it comes to the XP potion specifically, you helped us think the question through and therefore the markers have changed.

We have already evoked level 160 with 100% of the Tempokens, and we’ll certainly be somewhere around there, but it’s not an exact figure as of right now. To have 100% of the potion (approximately level 160 as stated above), you’ll need to get all 9,370 Tempokens.

As explained in this post, the level-10 restriction will not be implemented because – on further thought and given your reactions – we realized that it wouldn’t solve anything.

We are still fine-tuning the details of the potion and we’ll get back to you as soon as we have more information to share.

KTA will run the legendary Goultarminator tournament. It will be a Guild-vs-Guild tournament.

Each guild will need to pick one representative per class (so, 12 participants per guild) + optional seconds. There won’t be any restrictions on team composition.

Each guild will therefore need to put up 4 teams of 3, as it will be a 3v3 tournament in honor of the only Goultarminator to have been held in version 1.29.

Participation won’t be subject to preselection – the tournament will be open to everyone! That said, there will still be a list of criteria that must be met.

We have tried to reach the best possible compromise between the Temporis experience and the current DOFUS Retro tournaments.

A legendary set will be back:

The registration requirements are:

The character imports onto the tournament server will be done using the data from the March 16 maintenance. This means that all the participating characters must be ready before the maintenance that day (we will only transfer the characters and their inventories, not their banks).

The characters will be duplicated, so you can continue to enjoy Temporis after the 16th, but during the tournament, you’ll have your character as it was on March 16.

Schedule: Matches will be scheduled from March 21 through April 3 starting at 8 p.m.

Complete information and tournament rules will be available on KTA’s website: www.ktarena.com

Matches will be streamed on Retro Esport Corp. To stream the tournament (open to all), please contact the KTA .